Chemotherapy-induced nausea and vomiting (CINV) remains common despite the availability of new antiemetic agents and the development of clinical guidelines by the American Society of Clinical Oncology, the National Comprehensive Cancer Network, and the Multinational Association of Supportive Care in Oncology.1-3 It is estimated that 70% to 80% of patients who receive chemotherapy experience CINV; approximately 10% to 44% experience anticipatory nausea and vomiting. Nausea is reported more frequently than vomiting by patients receiving chemotherapy and appears to be more bothersome.1-4

If the evidenced-based guidelines for the prevention and treatment of CINV were followed, it is estimated that the majority of these episodes could be effectively prevented or controlled. Several suggested potential reasons for the failure to control CINV adequately include lack of familiarity with the physiology of CINV and mechanism of action of antiemetics; reimbursement policies and expense of new agents; availability of agents based on formularies; underestimation of the magnitude of CINV; and the failure of patients and providers to communicate the symptoms adequately using common terminology.5 CINV can significantly affect a patient’s quality of life as well as the ability or desire to continue treatment, and is associated with several potentially serious clinical consequences, including nutritional deficits, electrolyte abnormalities, and emotional distress.6 Familiarity with the risk factors, physiology, and evidenced-based prophylaxis of CINV will promote effective management.

Nausea and vomiting is a complex process regulated by key pathways mediated by neurotransmitters. The primary pathways involved in CINV include the central pattern generator, located in the medulla and activated by neurologic input from sensory centers; the cerebral cortex and limbic system that respond to sights, smells, situations, and emotions; and the vagal and sympathetic/ visceral pathways located in the upper small intestine and mediated by neurotransmitters that affect the dorsal vagal complex, resulting in activation of the central pattern generator and the emetic reflex.1 The most common neurotransmitters known to play roles in CINV include 5-hydroxytryptamine type 3 (5-HT3), neurokinin 1 (NK1), dopamine, and substance P.1 Commonly used antiemetic agents inhibit one or more of these neurotransmitters, reducing the stimulation of the emetic reflex, and are assigned either a high or low therapeutic index (Table 1).1,3,6

CINV can be further categorized based on the time of onset. There are four recognized patterns of CINV, each with distinct characteristics, proposed mediators, and strategies for prevention (Figure). These include acute CINV, delayed CINV, anticipatory CINV, and refractory/breakthrough CINV. Similarly, chemotherapeutic agents are associated with high, moderate, or low potential for nausea and vomiting (Table 2).2,4 Effective management of CINV requires consideration of the emetogenic potential of each agent, the duration of effect (halflife), and number of days for each regimen. Moderately emetogenic chemo - therapy (MEC) to highly emetogenic chemotherapy (HEC) generally requires a combination of antiemetic agents with a high therapeutic index and varied mechanism of action (Table 3).7 The risk of CINV lasts up to 2 days after the last dose of treatment with MEC and up to 3 days after the last dose of treatment with HEC.7 Drugs with a longer half-life or regimens given over several days will require dosing of antiemetic agents over multiple days or use of long-acting antiemetic agents. Familiarity with the pathways and patterns of CINV, knowledge of the emetogenic potential of individual agents or regimens, and a risk analysis of the individual patient will provide the best opportunity for effective management.

Treatment of underlying conditions such as constipation, gastroparesis, gastrointestinal reflux disease, esophagitis, or mucositis should be approached aggressively as these factors will contribute to nausea and vomiting. Patients with a history of nausea related to other medications, younger patients, patients with low alcohol use, women with a history of morning sickness, and patients who are prone to motion sickness are more likely to experience CINV.6 Nausea and vomiting that does not respond to aggressive interventions should be evaluated for other causes, such as bowel obstruction, lepto - meningeal disease, or other medications. Patient education about diet, effective use of antiemetic agents, adequate hydration, avoidance of aggravating factors, a regular bowel regimen, and reportable signs and symptoms may reduce the incidence of severe nausea and vomiting.

Integration of the 5-HT3 receptor agonists (RAs) into the treatment of CINV has improved the management of CINV. The Cochrane Pain, Palliative and Supportive Care Group7 reviewed 16 randomized trials (n = 7808) evaluating 5-HT3 RA in adult populations. The majority (nine) of the trials compared granisetron with ondansetron. In these studies, granisetron and ondansetron showed similar benefits in controlling acute and chronic CINV and had similar toxicity profiles, the most common adverse events being headache and diarrhea, with the possible exception of less constipation with ondansetron. Changes in electrocardiogram readings, including prolongation of the PR, QRS, QT, and QTc intervals, have been reported. Cases of atrial fibrillation, myocardial ischemia, and ventricular tachycardia have been reported with ondansetron used in the postoperative setting.7

It is important to consider the equivalent dosing of the 5-HT3 RA to provide effective coverage. A single dose of a short-acting 5-HT3 RA is not equivalent to a single dose of a longacting 5-HT3 RA because of the difference in half-life. For example, a single dose of granisetron 2 mg given orally or 1 g intravenously has a half-life of 9 hours. In comparison, a single 0.25-mg dose of palonosetron given intravenously has a half-life of 40 hours. If the granisetron is given as a single dose for HEC, it is not likely to provide adequate coverage of delayed CINV; however, if given daily for 3 to 4 days, these agents would likely provide equal benefit. Granisetron is now available in a transdermal patch, delivering 3.1 mg/ day of medication. The patch must be applied between 24 and 48 hours before exposure to the MEC or HEC to be effective and must remain in place at least 24 hours after exposure to the treatment. It can be left in place for up to 7 days.8

Although the 5-HT3 RAs are considered the gold standard for the treatment of MEC or HEC and are thought to be similar in efficacy, they differ in their potential for interaction with cytochrome (CYP) P450 enzymes. Granisetron does not appear to require the CYP pathways for metabolism and does not interfere with any of the CYP enzymes involved in metabolism. Ondansetron, tropisetron, dolasetron, and palonosetron involve the CYP2D6 pathway, increasing the potential for drug–drug interactions.9

The most recent development in understanding CINV has been identification of the tachykinin pathway mediated by substance P, a neurotransmitter that acts on both peripheral and central NK1 receptor sites. NK1 receptor sites are most abundant in the nucleus tractis solitaires of the mid-brain and the vagal afferent pathways located in the enterchromafin cells of the gut.10 Two multicenter, parallel, double-blind studies using a HEC regimen (cisplatin >50 mg/m2) evaluated the efficacy of aprepitant, the only US Food and Drug Administration–approved NK1 inhibitor, in combination with ondan setron and dexamethasone compared with standard 5-HT3 and dexamethasone. Patients (n = 1105) were evaluated for acute and delayed CINV. The combination of aprepitant, ondan setron, and dexamethasone eliminated emesis and the need for any breakthrough medication in 73% of the patients compared with 52% receiving a 5-HT3 RA and dexamethasone alone.11 Aprepitant is both an inhibitor (CYP3A4) and an inducer (CYP29A) of CYP450 pathways.9 Inhibition of CYP3A4 results in a doubling of plasma glucocorticoid levels, and induction of the CYP2A results in a 33% reduction of warfarin concentrations with as much as a 10% drop in international normalized ratio levels 7 to 10 days after exposure to aprepitant.11 Reduction of the dexamethasone dose by 50% is recommended when given in combination with aprepitant.

Unique needs of the elderly

Cancer is predominantly a disease of older people, with 75% of cases in persons older than 65 years of age. One of two men and one of three women will develop cancer during their lifetime.12 Approximately 12 million people will be diagnosed with cancer worldwide each year, and it is estimated this number will increase to 25 million in the year 2030, primarily because of an aging population.13 Therefore, the number of older patients receiving cancer treatment including chemotherapy is likely to increase.

Numerous chemotherapy regimens have been found to be safe and effective without dose modification in the elderly, which suggests that there is a similar risk of CINV in this population as in younger patients. Evaluating the risk of CINV in the older adult requires consideration of comorbidities and poly - pharmacy, self-care capabilities, cost, and diminished renal and hepatic function affecting drug metabolism and excretion.13 Hypertension and cardiovascular disease are common in the elderly, often requiring medications for management, thus increasing the risk for drug–drug interactions. Careful attention to agents that inhibit or induce the CYP450 pathway or those with the potential for prolongation of the QT interval is necessary when considering antiemetic regimens. Oral absorption of drugs may be delayed by the decreased intestinal motility common in the elderly.13 The potential for impaired vision, memory deficits, and changes in dexterity in older patients may present problems for self-medication. It may be more beneficial in this instance to administer long-acting IV medication to ensure effective management of CINV.

A retrospective analysis of 19,139 patients who received either HEC or MEC and at least one antiemetic agent evaluated the incidence and cost of outpatient and hospital visits associated with CINV-related ICD-9-CMdiagnosis codes.14 CINV prophylaxis included a 5- HT3 RA (85%), dexamethasone (76%), and an NK1 an tagonist (2%). Almost 14% of the patients had a CINV-related visit, most commonly associated with HEC and the majority occurring after the first 24 hours (delayed CINV). The treatment setting affected the costs: inpatient setting (64%, mean cost $7448), outpatient setting (26%, mean cost $1494), and emergency department (10%, mean cost $918). Prevention strategies that reduce CINV, particularly delayed CINV, and allow effective outpatient management are critical to reducing the costs associated with CINV.

CINV remains a common problem for patients receiving chemotherapy despite the availability of newer an tiemetic agents and the establishment of treatment guidelines. Understanding the complex network of neurotransmitters, receptor sites, pathways, and patterns of CINV is critical to developing effective treatment strategies. Con sideration of the unique needs of individual patients based on risk profiles, age, comorbidities, and medications is necessary to reduce potential toxicities. Evidence-based management of CINV can improve patient outcomes, including cost and quality of life. 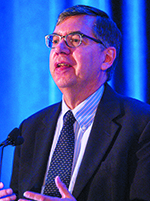