Another Reason for Men With Prostate Cancer to Exercise

Exercise has been shown to reduce recurrence in men with prostate cancer, according to several studies. A new study shows that vigorous exercise for 1 hour 3 times per week upregulates the expression of genes that are unfavorable to cancer, providing a potential explanation for the mechanism by which exercise has anticancer effects.

These findings related to gene expression were reported in men with low-risk prostate cancer by senior author June Chan, MD, University of California San Francisco, at a Press Cast for the 2012 American Society of Clinical Oncology Genitourinary Symposium held in San Francisco, California. The study was presented at a poster session by lead author MJM Magbanua, MD, UCSF.

“There are several studies showing that increments of exercise result in graded outcomes in terms of prostate cancer recurrence. In our study, we measured genetic expression in normal prostate tissue and saw, with vigorous exercise, upregulation of most of the genes we think kill cancer,” Chan said.

A previous study showed that 3 hours per week of vigorous physical exercise reduced all-cause mortality by 49% and prostate-specific mortality by 61% (Kenfield SA, et al. J Clin Oncol. 2011;29:726-732). A second study found that a brisk versus easy walking pace reduced the risk of prostate cancer progression by 48% (Richman EL, et al. Cancer Res. 2011;7:3889-3895). Chan and coauthors sought to build on that work and identify potential mechanisms by which exercise influences the prostate gland.

The study included 70 men diagnosed with low-risk prostate cancer who were treated with active surveillance. These men were previously enrolled in a trial of nutritional supplements and provided biopsy tissue at baseline. Vigorous exercise was defined as jogging, brisk walking, swimming, or singles tennis—in other words, exercise that gets the heart rate up. In the men who reported vigorous exercise at least 3 times per week (n = 23), 184 genes were differently expressed in normal prostate tissue versus those who did not (n = 47).

Upregulated genes included known tumor suppressor genes, BRCA1 and BRCA2. Furthermore, gene-set analysis demonstrated that cell cycle and DNA repair pathways were positively modulated in the men who reported vigorous exercise at least 3 times a week versus those who exercised less. A separate analysis found no affect on genes and pathways in men who reported engaging in any type of physical activity (but not vigorous exercise 3 times a week) versus no exercise.

Chan said that these findings suggest that a certain threshold of intensity or duration of exercise may be important in reducing the risk of prostate recurrence.

Because this is a small sample size, further study is needed. For now, the results suggest that participation in vigorous exercise for at least 3 hours per week may prevent or delay recurrence.

“This study was in low-risk men. I now advise all my low-risk patients to participate in vigorous exercise, and in general, after primary therapy, no matter what the patient’s performance status is, I suggest that they do whatever type of exercise they are able to,” said Nicholas Vogelzang, MD, Chair and Medical Director of the Developmental Therapeutics Committee of US Oncology. 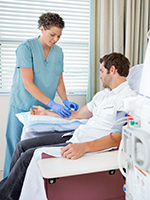 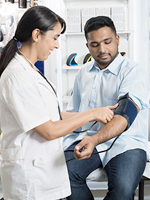