Carfilzomib in the Treatment of Multiple Myeloma

The US Food and Drug Administration (FDA) approved carfilzomib (Kyprolis; Onyx Pharmaceuticals, Inc.) for the treatment of patients with multiple myeloma who have received at least 2 prior therapies and who have demonstrated disease progression. This approval was granted on July 20, 2012. For more information about the FDA approval, see http://www.fda.gov/Drugs/InformationOnDrugs/ApprovedDrugs/ucm312945.htm.

Multiple myeloma (MM) is not the most common hematologic malignancy, representing approximately 10% of all such malignancies. Roughly 21,700 new cases and 10,710 deaths were reported in the United States in 2012.1 It remains an incurable disease with multiple relapses over the course of the illness, each relapse generally characterized by a diminished depth of response and shorter time to progression.2 Mortality rates have declined over the past decade, primarily attributed to the introduction of the immunomodulatory agents thalidomide and lenalidomide and the first proteasome inhibitor, bortezomib.2,3 Supportive care strategies including growth factors, transfusion medicine, stem cell mobilization agents, anti-infective agents, and bisphosphonate therapies have improved the ability to manage patients in the outpatient setting and keep them on therapy for longer periods of time. As a result, more patients have been eligible for hematopoietic stem cell transplants, which is still an important treatment option for MM. However, relapsed disease is still inevitable for most patients, and those who relapse during treatment with novel agents have a poor prognosis with an estimated survival of <9 months, indicating the need for additional treatment options.2,3 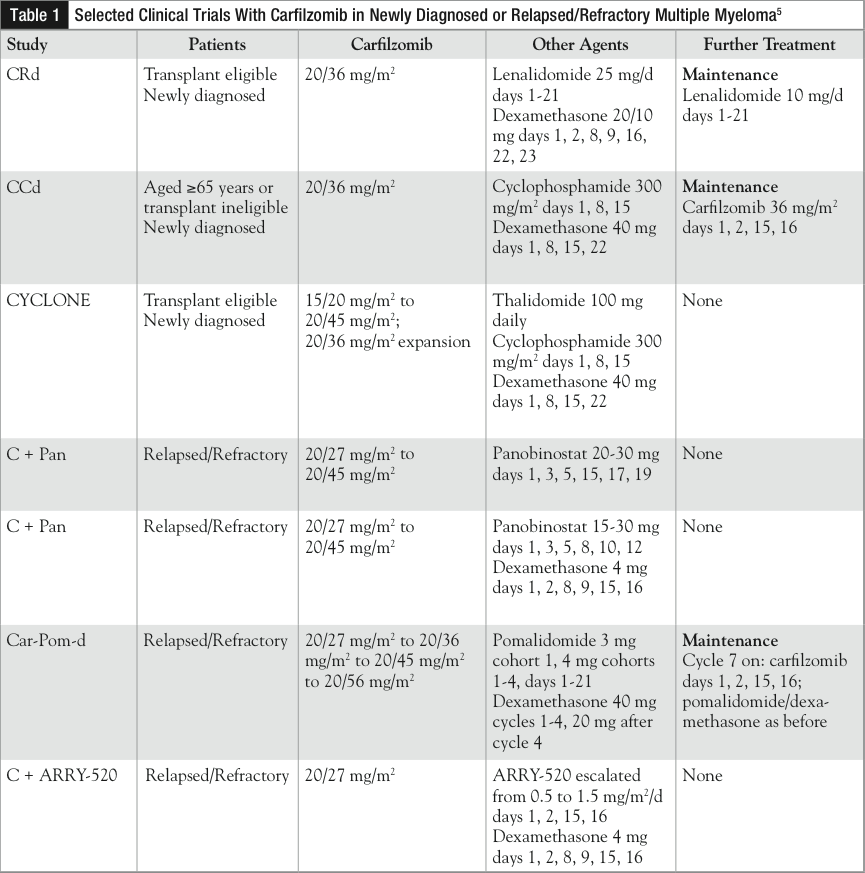 Overview
On July 20, 2012, the US Food and Drug Administration (FDA) granted accelerated approval to carfilzomib injection (Kyprolis), which is indicated for the treatment of patients with MM who have received at least 2 previous therapies, including bortezomib and an immunomodulatory agent (thalidomide or lenalidomide), and have demonstrated disease progression on or within 60 days of the completion of the last therapy.4 The approval of carfilzomib was based on the response rate determined in a single-arm, multicenter clinical trial, and was not based on survival. Additional clinical trials are in process to investigate combination therapies and the use of carfilzomib in the early stages of MM (Table 1).5 Familiarity with the drug’s mechanism of action, pharmacokinetics, safety profile, and administration, as well as common treatment-emergent adverse events and the strategies to prevent or manage them, is necessary to safely incorporate carfilzomib into the treatment paradigm for eligible patients.

Carfilzomib is an irreversible protea- some inhibitor that binds with high affinity to the substrate binding sites of the 20S core particle of the proteasome, selectively inhibiting the chymotrypsin-like catalytic activity of the b5 subunit, which promotes the accumulation of ubiquinated proteins. Most intracellular proteins are degraded by the ubiquitin-proteasome pathway, resulting in cell arrest and apoptosis.6-8 Preclinical studies showed consecutive daily dosing of carfilzomib was optimal for inhibition of the proteasome. In addition, irreversible binding of carfilzomib to the proteasome binding sites required renewed proteasome synthesis after drug administration, thus leading to the eventual clinical schedule of 2 consecutive days of dosing once weekly for 3 consecutive weeks using a 28-day cycle.9

Carfilzomib is distributed widely in tissues: metabolized extrahepatically, with 97% being bound to proteins, it is rapidly cleared from the circulation by biliary and renal excretion (t1/2 =15-30 minutes) with less than 1% excreted intact. Carfilzomib does not appear to be dependent on the cytochrome P450 enzyme pathway, and renal function had no effect on carfilzomib clearance in preclinical pharmacokinetic trials.10

Updated results from a phase 2 extension study (PX-171-010) of prolonged carfilzomib therapy in patients with MM who were previously enrolled in phase 1 and 2 clinical trials were presented at the American Society of Hematology annual meeting in December 2012 by Siegel and colleagues.11,12 As of October 2012, 28 of 100 patients enrolled in the continuation trial remained in the study, with a median of 22.5 cycles and a maximum of 51 cycles. Carfilzomib was administered in combination with another drug—most commonly dexamethasone, lenalidomide, or cyclophosphamide—in 43% of patients. Although some patients required dose reductions or increases, overall response rates (ORRs) ranged from 24.2% to 45.2% depending on the regimen, and clinical benefit response (CBR = ORR + MR [minimal response]) ranged from 33.3% to 52.4%. Toxicity profiles were similar to those previously reported in the registration trial, with 63% of patients experiencing grade 3 or greater treatment-emergent adverse events (TEAEs), the most common being cytopenias and pneumonia. Patients discontinued treatment most often because of progression of disease; only 11% of these patients discontinued because of TEAEs. A total of 6 patients died while participating in the study: 1 of myocardial infarction, 1 of pneumonia, 1 with both an infarction and pneumonia, and 3 because of progressive disease. The incidence of peripheral neuropathy (PN) was low (12% all grades, 2% grade ≥3). 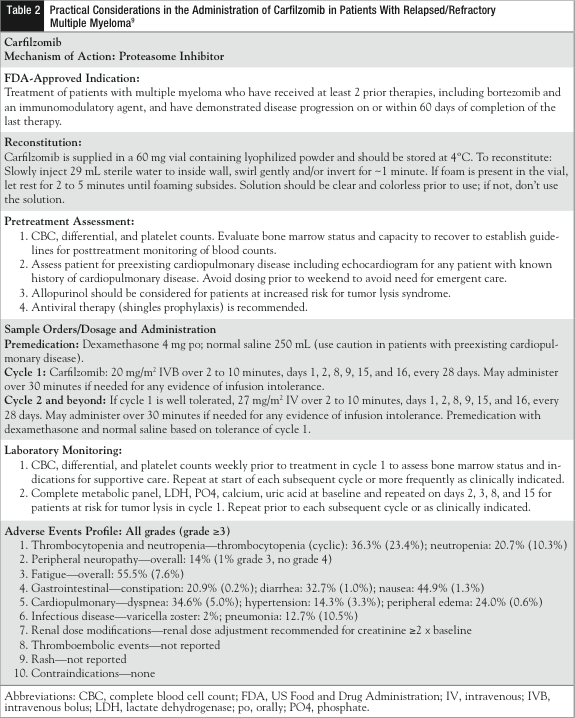 Carfilzomib is supplied in a 60 mg vial containing lyophilized powder and should be stored at 4ºC. To reconstitute: slowly inject 29 mL of sterile water to the inside wall, swirl gently and/or invert for ~1 minute. If foam is present in the vial, let rest for 2 to 5 minutes until foaming subsides. Solution should be clear and colorless before use; if not, don’t use the solution. The FDA-approved dosing for carfilzomib is based on the PX-171-003-A1 pivotal, phase 2 noncomparative trial in which patients received 20 mg/m2 for the first 28-day cycle with dose escalation to 27 mg/m2 in the second and subsequent cycles if cycle 1 dosing was well tolerated. Once reconstituted, carfilzomib is administered intravenously over 2 to 10 minutes on 2 consecutive days each week for 3 weeks (days 1, 2, 8, 9, 15, and 16), followed by a 12-day rest period (days 17-28). If signs of dose intolerance occur, extension of the infusion time up to 30 minutes can be considered (Table 2). The titrated dosing from cycle 1 (20 mg/m2) to cycle 2 (27 mg/m2 if cycle 1 was tolerated) is based on data obtained in the phase 1 trials in which initial dosing with 27 mg/m2 was associated with an infusion-like reaction (reversible fevers, chills, and rigors, with a grade 1-2 increase in creatinine) in some patients in the presence of high tumor burden and dehydration.13 The administration of 250 mL of normal saline before each dose in cycle 1 is recommended as a result of these findings, with consideration of the individual patient profile and tolerance of these fluids. In addition, premedication with 4 mg of dexamethasone before administration of carfilzomib in cycle 1 of treatment is recommended as standard practice. It may also be prudent to include this premedication for the first dose escalation. The premedication may be omitted in patients who tolerate the initial cycles of therapy without difficulty. Blood chemistries should be monitored closely in cycle 1 for those patients at increased risk of dehydration or tumor lysis. Kortuem and Stewart suggest obtaining serum chemistries on days 1, 2, 3, 8, and 15 in cycle 1 and on days 1, 8, and 15 thereafter.8 Additionally, the authors suggest oral hydration is likely adequate for most patients beyond cycle 1 of therapy. Allopurinol prophylaxis is also recommended for any patient at risk for tumor lysis (bulky disease, rapidly progressive disease, or aggressive histology). A small number of patients in these trials reported dyspnea within 48 hours of drug administration, echoing the careful assessment of preexisting cardiopulmonary disease or other predisposition to intravenous hydration. It is important to remember that patients with New York Heart Association Class III and IV heart failure were not eligible for the clinical trials, and thus safety in this population has not been evaluated. Given the increased incidence of herpes zoster and hepatitis reactivation in trials using bortezomib, pretreatment evaluation and prevention of shingles are recommended. Ongoing clinical trials are evaluating the dose escalation schedule, maximum tolerated dose, premedication requirements, and the need for additional hydration in patients who are not considered at risk for tumor lysis.

As is the case in all therapies for cancer treatment, efficacy is only one side of the story. An established safety profile, including the absence of severe or potentially irreversible TEAEs that may exclude future treatment options, is key. The TEAE profile of carfilzomib is not unlike most therapies for MM, with myelosuppression being most common. Importantly, the incidence of PN for carfilzomib is very low. PN is a potential dose-limiting toxicity for bortezomib when administered intravenously using the original dosing schedule of 1.3 mg/m2 days 1, 4, 8, and 11, every 21 days. A subsequent noninferiority trial using bortezomib administered subcutaneously showed a significant reduction in the incidence and severity of PN compared with the original intravenous dosing schedule.14

Summary
As an important treatment strategy for MM, proteasome inhibitors exploit the vulnerability in the pathobiology of the disease. Carfilzomib, the most recently approved proteasome inhibitor, offers an important addition to the arsenal for treatment of MM. The reduced incidence in PN is an attractive property of this agent. Ongoing clinical trials will provide the data necessary to refine the role of carfilzomib in combination with other agents or in patients with an earlier stage of disease. Familiarity with the administration protocol based on the mechanism of action, awareness of the recommendations for premedication and prehydration, and assessment of patient risk for tumor lysis or cardiopulmonary toxicity are recommended. 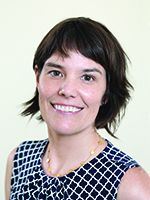 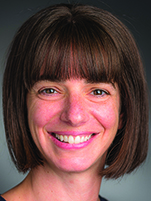