Although the failure to significantly improve survival is disappointing, the study provided hints of subsets of patients who might derive greater benefit from ipilimumab: patients with more favorable prognostic factors (ie, no visceral metastasis, lower levels of alkaline phosphatase, and elevated hemoglobin).

CA184-043 enrolled 799 patients with mCRPC who had received docetaxel therapy. After being treated with at least 1 dose of bone-directed radiotherapy, patients were randomized in a 1:1 ratio to ipilimumab versus placebo. During the maintenance phase, those in the ipilimumab arm received ipilimumab every 12 weeks, and those in the placebo arm received placebo every 12 weeks. Median OS was 11.2 months for ipilimumab versus 10 months for placebo (hazard ratio [HR] 0.85; 95% confidence interval [CI], 0.72-1.00; P = .0530).

The secondary end point of PFS was met, Drake reported. Median PFS was 4 months in the ipilimu-mab group and 3 months in the placebo group.

In a prespecified subset analysis, the presence of visceral metastases appeared to interfere with the treatment effect of ipilimumab. Drake explained that most clinical trials exclude patients with visceral metastases, but this trial did not.

The safety of ipilimumab in this study was similar to the experience with ipilimumab in metastatic melanoma, an indication for which it has received approval from the US Food and Drug Administration.

Based on the findings of CA184-043, a separate phase 3 trial of ipilimumab has been launched (CA184-095) in chemotherapy-naive mCRPC patients without visceral metastases. 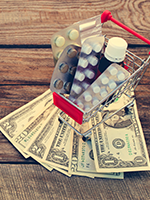 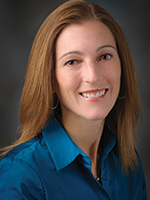