“There is a very strong link between shift work and lack of sleep, and fewer hours of sleep can translate to a higher risk for obesity and disease,” according to Eva S. Schernhammer, MD, DrPH, who spoke at the recent American Association for Cancer Research International Conference on Frontiers in Cancer Prevention Research.1

There is evidence that obesity is significantly more common among people with shift work experience, according to data collected from more than 20 epidemiologic studies. Further, Schernhammer said, the NHS2 found that among 107,663 women, each 5-year increase in rotating shift work translated to a gain of 0.45 kg in weight.

Impact on the Circadian System
“Up to 15 million Americans work alternative shifts, but shift work is not the only factor contributing to the reduction in sleep hours among many Americans,” said Schernhammer, Associate Professor of Medicine at Harvard Medical School in Boston, MA.

Frequent flyers and city dwellers are other typically night-active cohorts who regularly expose themselves to external light at night, potentially impacting their circadian systems. According to the World Health Organization cancer mortality database, the most industrialized, or most lit-up, areas of the world have the highest cancer rates.

“Furthermore, we don’t know yet how PCs, tablets, and TV right before bed affect the circadian system,” Schernhammer added.

When sleeping and eating are not aligned with the body’s internal clock, changes in appetite and metabolism can occur, which can lead to weight gain, she explained. People who go to bed late and sleep late eat more calories in the evening, eat more fast food and fewer fruits and vegetables, and weigh more than people who go to sleep early and wake up early.

“The circadian system is an internal clock that works on its own but can be affected by external light,” said Schernhammer. It controls a number of functions besides waking and sleeping activity in the body, including temperature, hormones, immune system, and gene activity and expression.

The Mismatch Between Internal and External Clocks
Chronotype, which is determined by the individual’s internal clock system, categorizes people by whether they have a little more or a little less than a 24-hour rhythm. Those with a rhythm more than 24 hours are colloquially referred to as “night owls”; those with less are called “morning larks.” The most frequently used measure for chronotype is the Morningness-Eveningness Questionnaire, which measures whether a person’s peak alertness is in the morning, the evening, or in between. “Young individuals tend to fall into evening types, and as they get older they fall into morning types,” Schernhammer noted.

Both chronotype (internal) and shift work (external) affect the circadian system. “There is clearly some type of interaction between chronotype and shift workers. Evening types fare better working night shifts because their attitudes are high compared to intermediate types and morning types,” Schernhammer explained. “When you put an evening type on a shift schedule, it’s as if they are working according to their internal clock.”

Schernhammer further referenced a 2012 study by Hansen and Lassen,2 which used a more refined definition of circadian disruption and found that women with morning preference who work night shifts have a higher breast cancer risk than evening types. This underlines the need for better assessment of chronotype, she stressed.

Translating to Disease Risk
“Evidence so far from the NHS suggests that the women in the study encounter higher cancer risks, in particular breast cancer and more recently lung cancer,” she said. The evidence also suggests that the longer the duration of night work among nurses in the study, the higher their risk for cancer.

Moving forward, “more refined exposure assessments that take into account external as well as internal clocks will likely enable us to more finely delineate chronic disease risk, including that of cancer,” said Schernhammer. “Future prevention strategies and work schedules likely ought to target a reduction in mismatch between biological (internal) and social (external) time.” 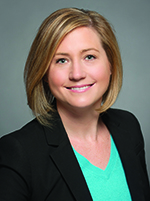