When the concept of universal screening for MMR deficiency was introduced, multigene panels in their current format did not exist. Genetic testing for inherited risk was performed in a stepwise manner starting with the gene(s) most likely to harbor the mutation, and then proceeding through the differential list. Universal screening via IHC actually presented a cost-savings, as patients’ germline genetic testing for Lynch syndrome could be targeted based on the IHC result. Today, the cost of germline genetic testing continues to decrease whereas the number of genes on a test panel continues to increase.

Although MMR tumor screening helps identify Lynch syndrome, it fails to identify other forms of inherited cancer risk. In addition, emerging data are showing the benefits of somatic testing in identifying inherited risk. However, until recently, the proportion of cases missed was simply an estimate because a prospective study performing MMR tumor analysis, multigene panel testing, and somatic analysis did not exist.

In December 2016, a report by Pearlman and colleagues helped provide insight into the germline mutation prevalence and spectrum in patients who were diagnosed with early-onset CRC, and, in doing so, pushed some clinicians to wonder, “Will the use of IHC/MSI in identifying inherited risk soon become obsolete?”

The cohort in this study consisted of 450 prospectively accrued patients who underwent germline analysis of 25 cancer susceptibility genes. In addition, their CRC tumor specimens were screened for MMR deficiency via IHC and MSI. In all but 1 patient, MSI and IHC results were concordant (1 patient was MSI-high with normal IHC). Analysis also showed that 16% of patients had a mutation in a cancer susceptibility gene. As this study did not include other genes known to be associated with CRC risk, such as FAN1, GREM1, POLE, POLD1, or other inherited cancer genes, 16% is likely an underestimate. However, this study provides significant insight into the spectrum of inherited cancer mutations in patients aged <50 years diagnosed with CRC, and into the use of somatic testing for patients with tumors having unexplained MMR deficiency.

Consistent with current knowledge, the majority (53%) of patients were found to have a mutation associated with Lynch syndrome. In all, 75 pathogenic or likely pathogenic mutations were identified in 72 patients (3 patients were found to have more than 1 mutation). Of the patients without Lynch syndrome, the findings were diverse and included mutations in a variety of genes, including APC, MUTYH, SMAD4, BRCA1, BRCA2, ATM, CHEK2, PALB2, and CDKN2A. Of interest, several of these genes are not typically associated with CRC risk, but do have surveillance and risk-reducing options for other cancers, such as breast MRI and risk-reducing mastectomy. Had a strategy relying only on CRC risk genes been used, detectable mutations would have been missed in approximately 1 in 5 patients. In addition, 9 patients with mutations came from unique families with known familial mutations, but these patients had not undergone testing for the familial mutation before their diagnosis.

Of the 48 patients with MMR-deficient tumors, 40 (83%) were found to have a mutation; 37 had Lynch syndrome (1 also had an MUTYH mutation), 2 had biallelic MUTYH mutations, and 1 had low penetrance APC mutation and a variant of uncertain significance in PMS2. The patients with MMR-deficient tumors who did not have a germline mutation and/or MLH1 methylation explaining their MMR tumor deficiency were analyzed for 2 somatic MMR mutations or 1 MMR mutation with loss of heterozygosity of the opposite allele. Of the patients who had unexplained MMR-deficient tumors, 100% were found to have double somatic MMR mutations. The use of somatic testing for patients with unexplained MMR deficiency results has been demonstrated previously, and has clinical implications because, historically, these patients would have been treated for Lynch syndrome without an identifiable mutation. As the cost of somatic testing continues to decrease and the knowledge surrounding its clinical utility increases, it is possible we will see somatic genetic testing become the first step in assessing newly diagnosed patients with CRC for inherited risk.

These data suggest that multigene panel testing should be considered for all patients aged <50 years who are diagnosed with CRC. As the median age of CRC diagnosis is 69 years in men and 73 years in women, it is very likely that future studies will determine that broad, multigene panel tests are cost-effective and clinically useful in patients aged >50 years as well. Given that 100% of unexplained MMR-deficient tumor cases were shown to have somatic mutations, this study provides additional evidence that somatic testing should be considered in patients with unexplained MMR-deficient tumors. Finally, the patients with known familial mutations who did not undergo genetic testing until after diagnosis are obviously concerning, as they possibly represent missed opportunities for prevention.

All of these findings together highlight how quickly our knowledge of inherited CRC is changing, and that new algorithms for risk stratification and testing—as well as new models for genetic counseling—are needed. 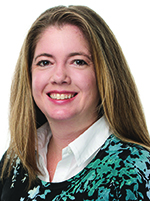 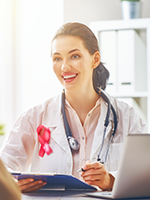 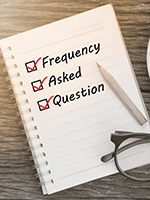 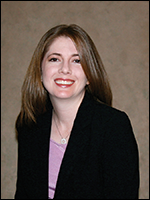