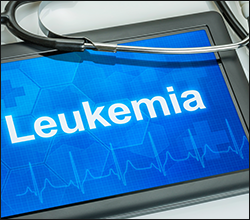 On March 29, 2018, the FDA accelerated the approval of a new indication for blinatumomab (Blincyto; Amgen) for the treatment of patients with B-cell precursor acute lymphoblastic leukemia (ALL) whose disease was in remission but was at risk for relapse because of minimal residual disease (MRD). The FDA granted blinatumomab orphan drug status for this indication.

Blinatumomab was originally approved for patients with Philadelphia chromosome relapsed or refractory B-cell precursor ALL.

“This is the first FDA-approved treatment for patients with MRD-­positive ALL. Because patients who have MRD are more likely to relapse, having a treatment option that eliminates even very low amounts of residual leukemia cells may help keep the cancer in remission longer,” said Richard Pazdur, MD, Director of the FDA’s Oncology Center of Excellence. 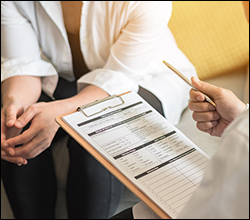 On the same day, the FDA also approved the FoundationFocus­CDxBRCA LOH, a next-generation sequencing assay, for the identification of homologous recombination deficiency (HRD) status in tumor samples. HRD is a new somatic mutation found in less than 10% of ovarian cancers.

Rucaparib was initially approved in December 2016 for the treatment of women with advanced ovarian cancer who had received ≥2 chemotherapies and whose tumors are associated with the deleterious BRCA genetic mutation, as identified by the first next-­generation sequencing test approved by the FDA, the FoundationFocus CDx BRCA companion diagnostic.

The FoundationFocus CDx BRCA LOH represents a new version of this next-generation sequencing test, which was approved by the FDA in association with the new indication for rucaparib for the detection of the HRD mutation in women with ovarian cancer.

The FDA approved this new indication based on results from ARIEL3, a randomized, double-blind, placebo-­controlled study with 561 patients who had recurrent epithelial ovarian, fallopian tube, or primary peritoneal cancer. Patients had received ≥2 cycles of platinum-based chemotherapy and achieved complete or partial response with the most recent cycle.

The next-generation sequencing assay was used on tumor tissue samples to determine the presence of a deleterious somatic or germline BRCA mutation (tBRCA), and the percentage of genomic loss of heterozygosity (LOH). Patients with HRD were defined as tBRCA-positive and/or LOH high.

A total of 15% of patients receiving rucaparib and 2% of those receiving placebo discontinued treatment because of adverse events. 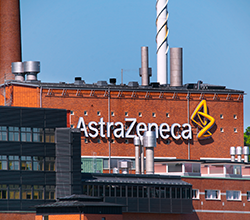 On April 18, 2018, the FDA approved osimertinib (Tagrisso; AstraZeneca Pharmaceuticals) as first-line treatment for patients with metastatic non–small-cell lung cancer (NSCLC) and EGFR exon 19 deletions or exon 21 L858R mutations, as detected by an FDA-approved test. The FDA used its priority review process, and designated osimertinib as a breakthrough therapy for this indication.

This new indication was based on results from the double-blind FLAURA study of 556 treatment-naïve patients with unresectable or metastatic NSCLC and EGFR exon 19 deletion or exon 21 L858R mutations. Patients were randomized to osimertinib 80 mg daily or gefitinib 250 mg or erlotinib 150 mg daily; 20% of patients who received gefitinib or erlotinib received osimertinib as second-line therapy.