Early breast cancer patients who gain weight after treatment are at increased risk for breast cancer recurrence, according to an Italian study presented at the European Society for Medical Oncology 2012 Congress, held in Vienna, Austria.

Saverio Cinieri, MD, of the Hospital Perrino in Brindisi, Italy, presented the results of the single-center study of 520 patients treated between 1990 and 2012 and followed for a median of 13 years.1

Being overweight at the time of early breast cancer diagnosis has been linked to poorer survival in most studies, and some evidence suggests that women who gain weight after diagnosis are at increased risk of cancer recurrence and death.

“But most previous studies on this topic have relied on retrospective chart re­views,” Cinieri said. “So the aim of this prospective observational single-center study was to determine whether weight at diagnosis and/or weight gain after early breast cancer treatment is associated with breast cancer recurrence.”

Weight and body mass index (BMI) were recorded at baseline and 24 months after completion of treatment (radiotherapy and/or chemotherapy, but not endocrine therapy). Three categories of BMI were used: BMI <25 kg/m2 (lean), BMI 25-30 kg/m2 (overweight), and >30 kg/m2 (obese).

Patients’ mean BMI at study entry was 26.8 and 24 months posttreatment was 27.7. Almost 60% of the patients were postmenopausal. The study documented recurrences in 194 patients.

Weight at diagnosis was not associated with recurrences, the study found. In both the lean and overweight groups, 40% of patients had recurrences; in the obese group, 31% recurred.

“However, weight gain was rather significantly related to recurrences,” Cinieri reported. This was most striking for weight gain of more than 2 kg/m2, a group in which 48% of women had recurrences. In those with moderate gain (<2 kg/m2), 34% recurred.

“Our findings show that early breast cancer patients do gain weight after treatment, and moderate or large weight gain postdiagnosis is significantly associated with an increased risk of breast cancer recurrence,” he said. “Medical oncologists should monitor weight carefully in their patients and offer intervention strategies to those who gain weight.”

Abstract discussant Michael Baum, MD, of University College London in the United Kingdom, commented that “the weight of the evidence suggests that if you are overweight at diagnosis, the outcome is worse.” The current study did not find this, but did show that weight gain after treatment affects outcome. Therefore, the issue is not yet settled.

Rowan Chlebowski, MD, of the University of California Los Angeles, who has conducted seminal studies on dietary and hormonal influences in breast cancer, added that the Women’s Intervention Nutrition Study, a randomized study he spearheaded,2 showed dietary fat to be significantly lower in a group that underwent an intervention program, and this was accompanied by an average 6-pound weight loss. The intervention paid off in another way: relapses occurred in 9.8% of the dietary group, versus 12.4% of the control group, for a 24% statistically significant reduction in risk. Somewhat surprisingly, the result was most striking in the estrogen receptor–negative group, he said.

Baum agreed with the recommendation for intervention to prevent weight gain. “We must emphasize strongly to our patients that not gaining (or losing) weight after treatment is an important, and very resource-efficient, way to reduce the risk of recurrence, in addition to adjuvant therapy, of course,” he said. 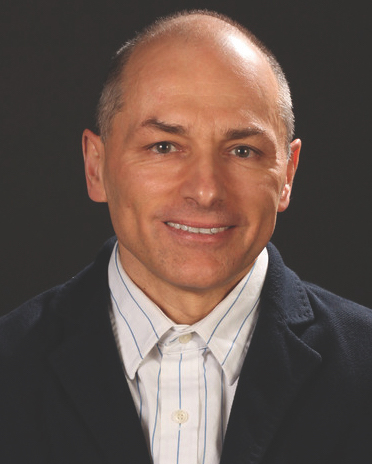